As is common on college radio, WMWC occasionally ran a skimmer. A skimmer would record airbreaks anytime the DJs would turn their mics on. The idea was that station management would listen for profanity, extraneous talking, etc. Truth is, management rarely listened. More often the tapes would sit, forgotten. DJs would sometimes leave their mic on while playing music, filling up the tape way too quickly with music.

This was one of three skimmer tapes saved with the idea of picking out funny moments that would be put on CD and sell to raise money. The CD never happened. 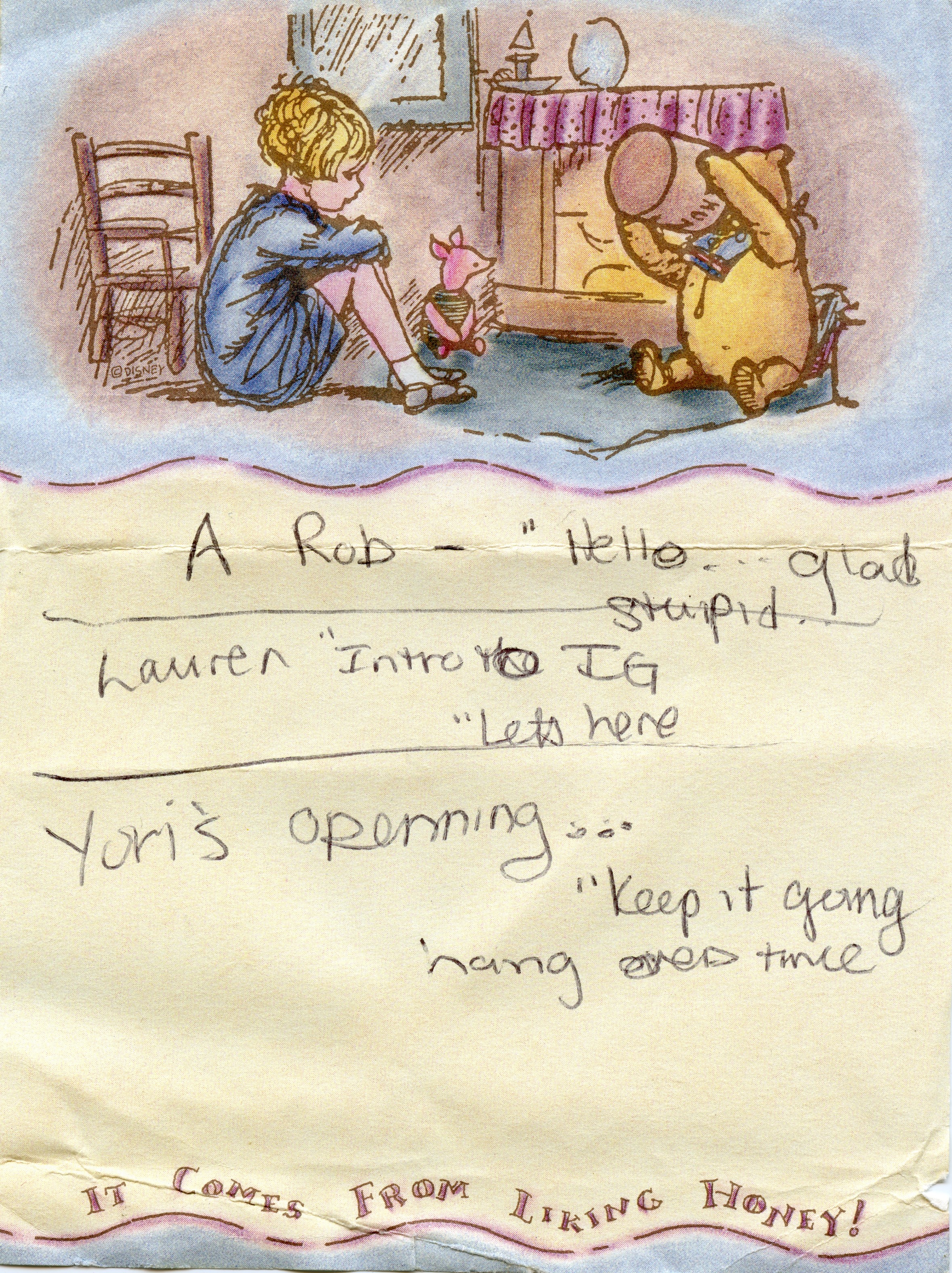