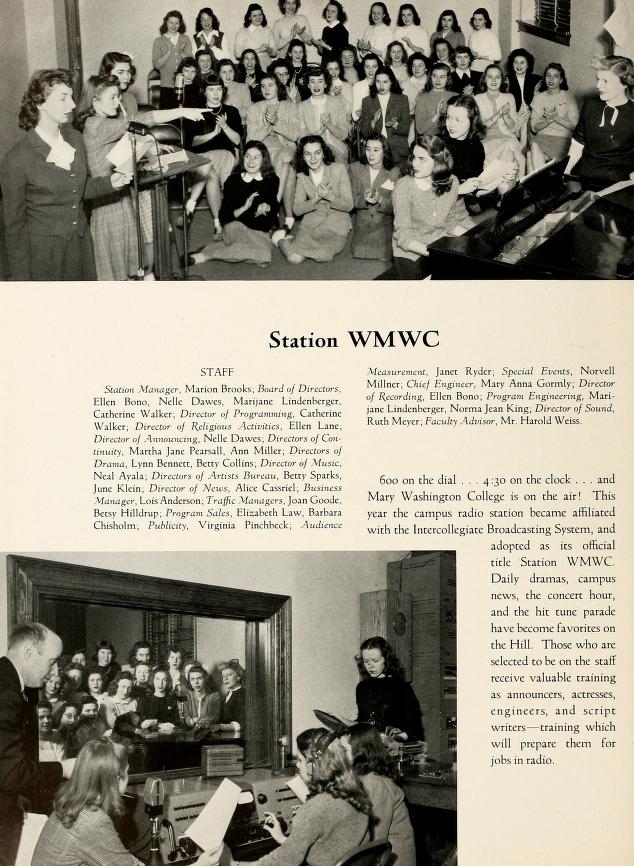 600 on the dial ... 4 130 on the clock . . . and Mary Washington College is on the air! This year the campus radio station became affiliated with the Intercollegiate Broadcasting System, and adopted as its official title Station WMWC. Daily dramas, campus news, the concert hour, and the hit tune parade have become favorites on
the Hill. Those who are selected to be on the staff receive valuable training as announcers, actresses, engineers, and script writers — training which will prepare them for jobs in radio.