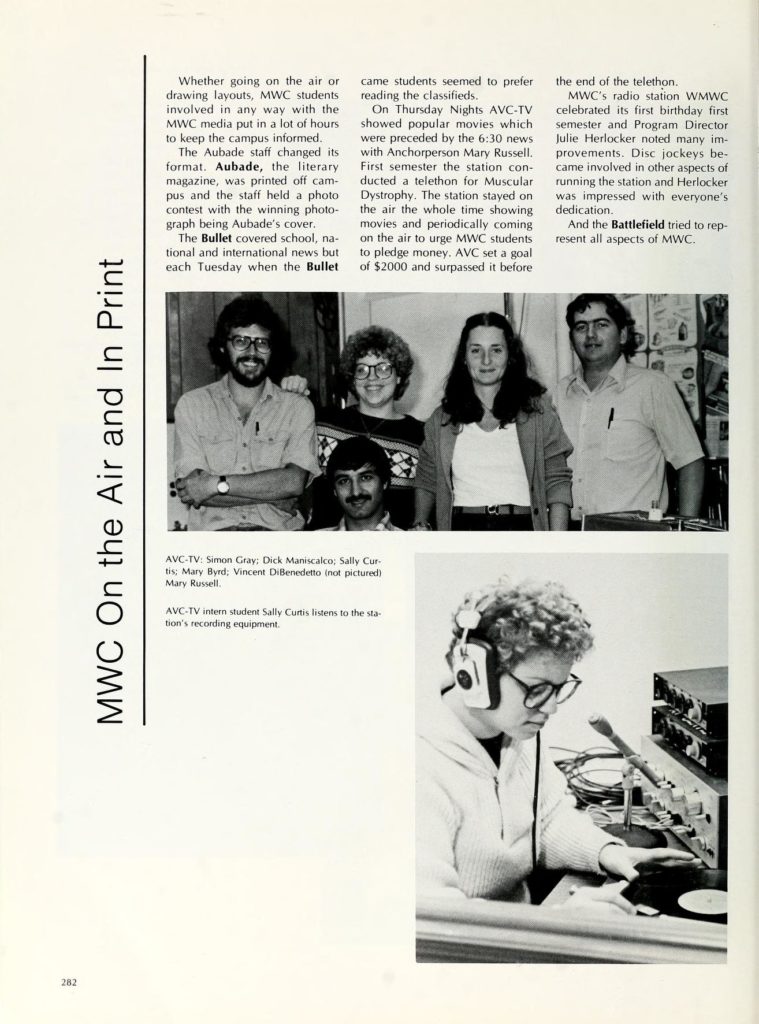 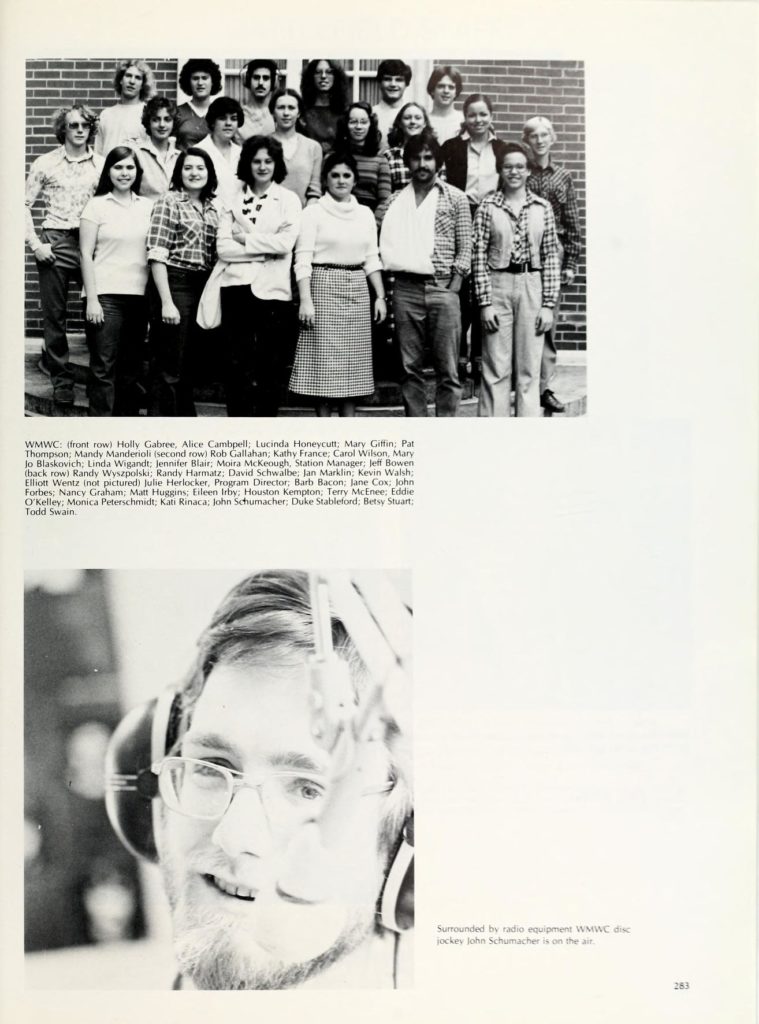 Notes: Page 264 notes WMWC's involvement in the Muscular Dystrophy Dance-a-Thon: "The Muscular Dystrophy Dance-a-Thon was held in ACL Ballroom the last weekend in September from Friday night at seven p.m. until Saturday afternoon at three. MWC student Alex Holsinger volunteered his sound system and lights to keep the dancers moving through the twenty hour marathon. In the wee hours of Saturday morning WMWC student disc jockeys played music including old Monkey's tunes and "Everything's Archie." When the dancers started slowing down early Saturday morning, Freshman girls from Randolph, still in pajamas, went to the Ballroom to cheer the dancers on. That must have worked because most of the dancers lasted the whole twenty hours. MD Dance Chairperson Karen McGlothlin said, "The Dance was a big success and I will always be grateful to everyone who helped, from the dancers to the clean-up crew to the Fredericksburg merchants who donated food and prizes for the dance." The MWC science based organizations showed that the members had hearts as well as brains."