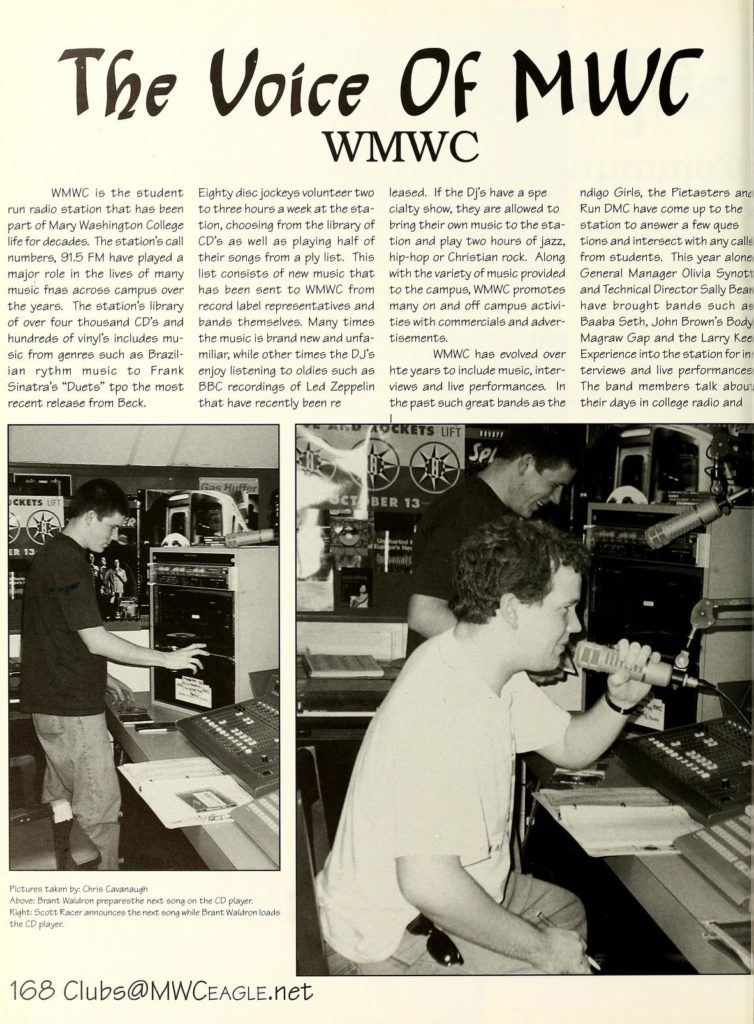 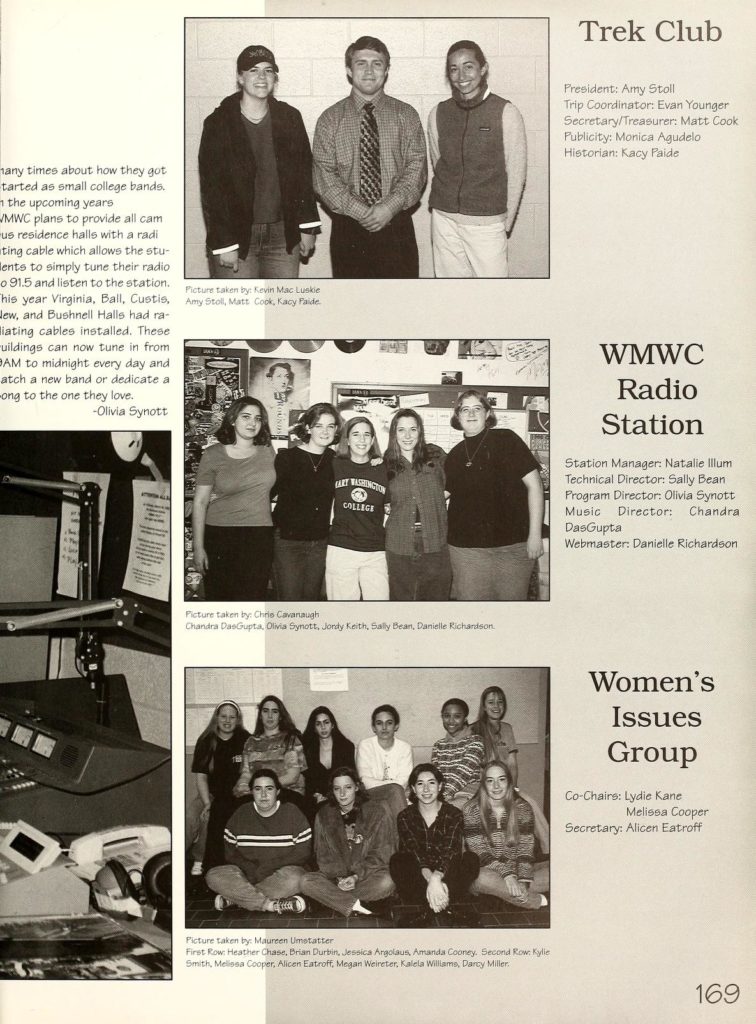 The Voice of MWC
WMWC

WMWC is the student run radio station that has been part of Mary Washington College life for decades. The station's call numbers, 91.5 FM have played a major role in the lives of many music [fans] across campus over the years. The station's library of over four thousand CD's and hundreds of vinyl's includes music from genres such as Brazilian [rhythm] music to Frank Sinatra's "Duets" [to] the most recent release from Beck.

Eighty disc jockeys volunteer two to three hours a week at the station, choosing from the library of CD's as well as playing half of their songs from a [play] list. This list consists of new music that has been sent to WMWC from record label representatives and bands themselves. Many times the music is brand new and unfamiliar, while other times the DJ's enjoy listening to oldies such as BBC recordings of Led Zeppelin that have recently been released. If the Dj's have a specialty show, they are allowed to bring their own music to the station and play two hours of jazz, hip-hop or Christian rock. Along with the variety of music provided to the campus, WMWC promotes many on and off campus activities with commercials and advertisements.

WMWC has evolved over [the] years to include music, interviews and live performances. In the past such great bands as the [Indigo] Girls, the Pietasters, and Run DMC have come up to the station to answer a few questions and intersect with any calls from students. This year alone General Manager Olivia Synott and Technical Director Sally Bean have brought bands such as Baaba Seth, John Brown's Body, Magraw Gap and the Larry Keel Experience into the station for interviews and live performances. The band members talk about their days in college radio and many times about how they got started as small college bands. In the upcoming years, WMWC plans to provide all campus residence halls with a radiaiting cable which allows the students to simply tune their radio to 91.5 and listen to the station. This year Virginia, Ball, Custis, New, and Bushnell Halls had raiating cables installed. These buildings can now tune in from 9AM to midnight every day and catch a new band or dedicate a song to the one they love.

Notes: Typos have been corrected in the transcription, offset by [brackets].