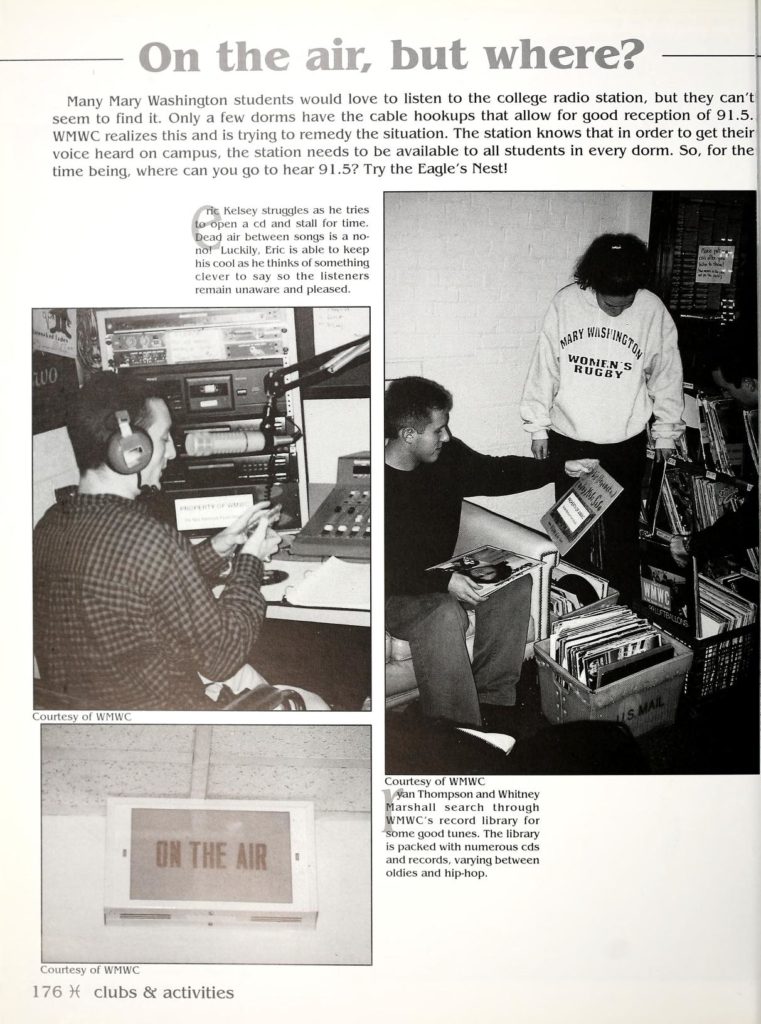 On the air, but where?

Many Mary Washington students would love to listen to the college radio station, but they can't seem to find it. Only a few dorms have the cable hookups that allow for good reception of 91.5. WMWC realizes this and is trying to remedy the situation. The station knows that in order to get their voice heard on campus, the station needs to be available to all students in every dorm. So, for the time being, where can you go to hear 91.5? Try the Eagle's nest!

Eric Kelsey struggles as he tries to open a cd and stall for time. Dead air between songs is a no-no! Luckily, Eric is able to keep his cool as he thinks of something clever to say so the listeners remain unaware and pleased.

Ryan Thompson and Whitney Marshall search through WMWC's record library for some good tunes. The library is packed with numerous cds and records, varying between oldies and hip-hop.

-> CDs are sent to the station's Music Director

-> Certain elements included in the critique are the type of music, "special picks," the "do not plays " and comparisons to better known artists

-> The Music Director then chooses those special songs that make the playlist.

Erin Givens takes a minute out of her show to smile for the camera. Erin is the host of the first country music show ever to be on WMWC. Her program is considered a specialty show because it is one of the few that do not play "college rock."