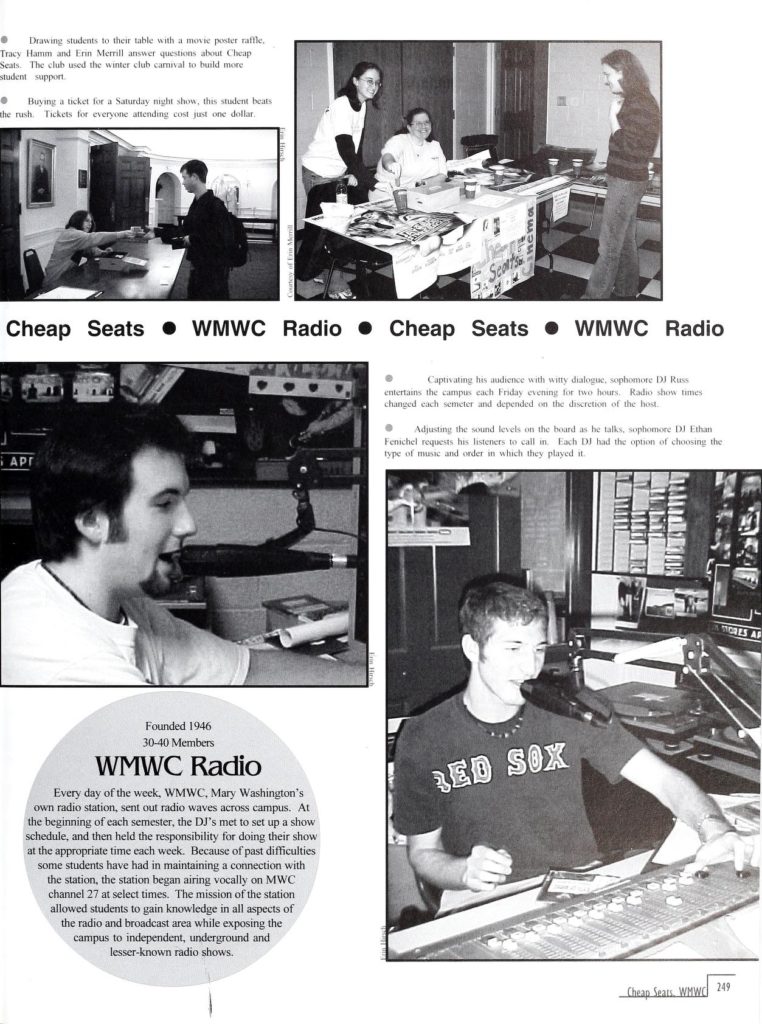 Captivating his audience with witty dialogue, sophomore DJ Russ entertains the campus each Friday evening for two hours. Radio show times changed each semester and depended on the discretion of the host.

Adjusting the sound levels on the board as he talks, sophomore DJ Ethan Fenichel requests his listeners to call in. Each DJ had the option of choosing the type of music and order in which they plaved it.

Every day of the week, WMWC, Mary Washington's own radio station, sent out radio waves across campus. At the beginning of each semester, the DJ's met to set up a show schedule, and then held the responsibility for doing their show at the appropriate time each week. Because of past difficulties some students have had in maintaining a connection with the station, the station began airing vocally on MWC channel 27 at select times. The mission of the station allowed students to gain knowledge in all aspects of the radio and broadcast area while exposing the campus to independent, underground and lesser-known radio shows.