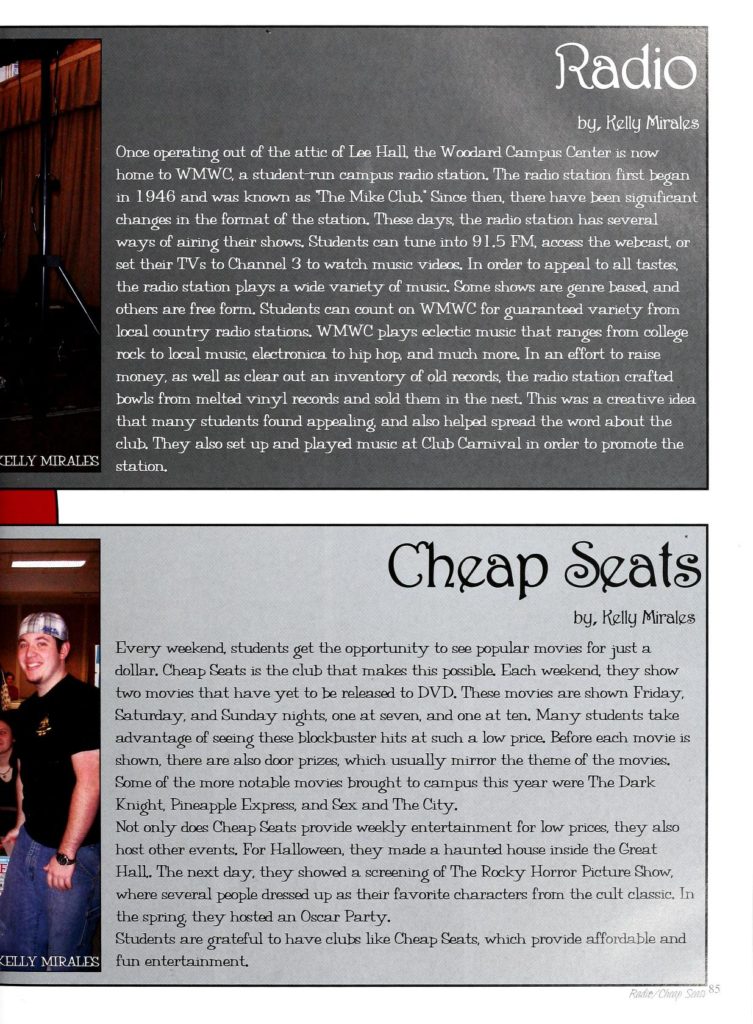 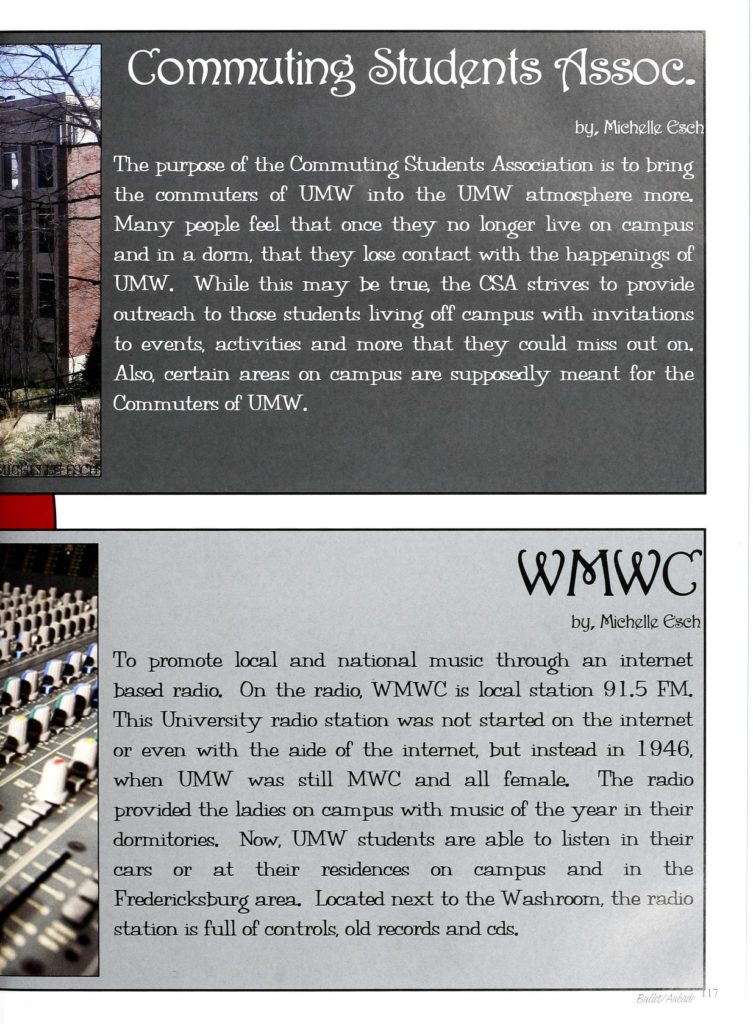 Once operating out of the attic of Lee Hall the Woodard Campus Center is now home to WMWC, a student-run campus radio station. The radio station first began in 1946 and was known as "The Mike Club." Since then, there have been significant changes in the format of the station. These days. the radio station has several ways of airing their shows. Students can tune into 91.5 FM, access the webcast, or set their TVs to Channel 3 to watch music videos. In order to appeal to all tastes, the radio station plays a wide variety of music. Some shows are genre based, and others are free form. Students can count on WMWC for guaranteed variety from local country radio stations. WMWC plays eclectic music that ranges from, college rock to local music, electronica to hip hop, and much more. In an effort to raise money, as well as clear out an inventory of old records, the radio station crafted bowls from melted vinyl records and sold them in the nest. This was a creative idea that many students found appealing, and also helped spread the word about the club. They also set up and played music at Club Carnival in order to promote the station.

To promote local and national music through an internet based radio. On the radio, WMWC is local station 91.5 FM. This University radio station was not started on the internet or even with the aide of the internet, but instead in 1946, when UMW was still MWC and all female. The radio provided the ladies on campus with music of the year in their dormitories. Now, UMW students are able to listen in their cars or at their residences on campus and in the
Fredericksburg area. Located next to the Washroom, the radio station is full of controls, old records and cds.

Notes: Despite the numerous references to 91.5 in the text in the 2009 yearbook (in two separate features!), there is no indication that WMWC continued to broadcast on that frequency (either via cable radio or radiating cable) after the move from Lee Hall to Woodard Campus Center. More likely the station was streaming with a possible feed on the college TV station.